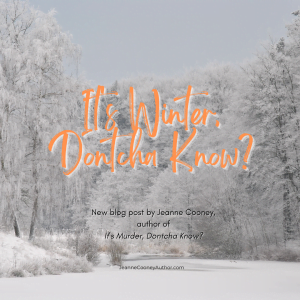 Hello, everybody! It’s Gustaf Gustafson. And I’m sendin’ holiday greetin’s from Hallock, up in the northwest corner of Minnesota, just twenty miles from the Canadian border.

Winter is here. Yeah, ya betcha. And it’s already so dang cold that the women in town are prayin’ for hot flashes, while us old geezers are fartin’ snowflakes.

Oh, for sure, I knew it was gonna be cold as soon as I got up this morning. See, I turned on the shower and got pelted by hail. Then, I snowblowed my driveway and tried to take the garbage out, but it refused to go. So, I ended up clippin’ my toenails while watchin’ “Matlock” reruns and munchin’ on pickled herring until it was prit’ near noon.

That’s when I headed on down to the café for hot dish, Jell-O, and bars. But, uff-da, by the time I walked through the door, I was shiverin’ so bad I begged the waitress to spill hot coffee in my lap. Now, normally, she would of done it because she’s mean enough to tick off the Pope. But bein’ the power was out, the only coffee she was servin’ came frozen on a stick.

Irregardless, before I left for home, she told me the latest scuttlebutt, includin’ how the city council’s thinkin’ of layin’ off the town’s only cop because, with temperatures in the deep freeze, most everyone is keepin’ their hands in their own pockets. In fact, accordin’ to her, even the guy who flashes folks is leavin’ his pants up and just describin’ himself.

Still, we’re experiencin’ some crime. For instance, Hazel and Little Ed got robbed last night. The robber threatened to throw a bucket of water on them if they didn’t hand over their money, so that’s what they did. Yeah, a cryin’ shame. Though it turned out just fine, dontcha know.

See, bein’ the robber wasn’t from around here, the cop spotted him—no problem—a while later outside the Eagles. I guess, the cop yelled, “Freeze,” and the robber did. Goes to show, cold weather’s good for somethin’. Havin’ a cop around might not be so bad, either. After all, better safe than sorry.

Then, again, much of the credit for capturin’ the robber has to go to Myrle Iverson. See, when the robber first got to the Eagles, Myrle told him that the mercury had dropped so low outside that soaked jeans would stand up on their own after only a few minutes. 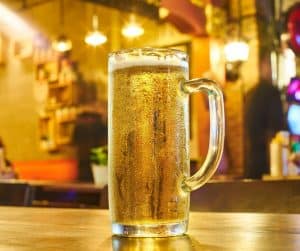 Well, naturally, after downin’ a lot more beer and gettin’ tighter than the bark on a log—with Hazel and Little Ed’s money, mind ya—the guy just had to try it. And, sure enough, the jeans stood up all by themselves. Although he didn’t see them because he got rushed to the hospital with frostbite on his bare legs and his privates. Served him right, though. Hazel and Little Ed are nice folks.

Anyways, things can get a bit out of hand up here during the winter. Some folks blame it on the lack of sunlight. Others say it’s due to the cold. But I think it’s because we’re a little bit crazy. Which isn’t all that bad, as long as you remember how that old poem goes: “Now, Dasher; now, Dancer; now, Prancer; and Vixen; on Comet; on Cupid; on Donner; and Blitzen. You can sit in the bar and drink beer all night long. Although, if it’s cold, best to keep your pants on. 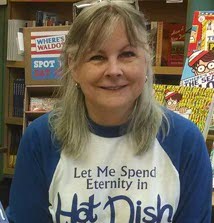